Simplicity is a highly underestimated success factor. Companies can quickly find themselves managing 200 touchpoints along the customer journey. The result of this rampant complexity: up to 70 percent scatter loss. But through intelligent pruning and more focus, complexity can be overcome while simultaneously achieving measurably greater market success. This guest article by Christoph Spengler describes what lies behind the idea of “smart simplification”.

In the age of digitalization, pursuing an all-in strategy and wanting to be present at all touchpoints can’t really help you achieve your goals. Not least because in practice, the budget is often the limiting factor. So it’s not surprising that key questions can cause paralyzing uncertainty in many companies: Are we really using the right analog and digital touchpoints? Have we forgotten any important touchpoints? Have we allocated sufficient budget to be noticed and considered by the target group? When it comes to efficient and effective marketing, the latest studies show the extent of the challenge: we’re talking about up to 70 percent marketing scatter loss.

More facts: since some companies use up to 200 touchpoints – a number not uncommon even among medium-sized companies - it is understandably difficult for decision-makers to keep track of everything. And it’s even harder because turning away from hyper-activity requires focus and courage. We need a simple answer to the question of which touchpoints should be managed - and which not (any longer).

And when it comes to identifying and linking the really relevant touchpoints, feelings and facts diverge greatly. For years we have been asking our clients the following question: "What do you think are the ten most important touchpoints along the customer journey for your customers when they buy your own or comparable products?” The discrepancy between the company view and the customer view is sobering: on average, companies only guess six out of ten touchpoints correctly. Using a rough calculation, this discrepancy results in an extremely attractive success potential of 40 percent, which can easily be tapped with empirically proven findings.

If we take a specific marketing goal - such as to increase brand awareness - the task now is to discover what touchpoint combination can cover the customer journey of a target group both efficiently and effectively. In order to identify this optimal touchpoint mix, we use specially developed algorithms.

The way they work is based on the well-known Darwinian evolutionary principle. The initial situation is a population consisting of several genotypes. Each genotype is a randomly generated variant of a touchpoint mix. To ensure that the next mix generation following this first population is at least of as good quality, or is even better adapted to the challenges, the selection is based on the principle of "survival of the fittest". New mixes are generated, compared and improved at lightning speed until the optimal mix is achieved.

We look at touchpoints already used by the company as well as touchpoints that are not being used. Not an easy task when you consider that with 80 touchpoints alone there are 1024 possible combinations. In the end, however, the ratio of analog and digital touchpoints, for example, can be measured, and we can establish how the touchpoints perform in the categories Owned, Paid, and Earned. Strategies and campaigns can thus be measured and compared. More importantly, it’s now possible to control for performance.

Smart simplification has a positive effect

The proposal calculated by the algorithm is not an opaque black-box solution, but can be checked using several informative key figures. In order to achieve smart and simple implementation solutions for strategies or campaigns, a wide variety of scenarios can now be compared. The new findings, combined with experience, creativity and intuition, help our clients to make better decisions faster.

Here is a concrete example: A company in the financial sector was using 44 touchpoints to acquire new customers. As part of a group-wide omnichannel project, a wide variety of touchpoints were evaluated and thoroughly examined. The touchpoint analysis we carried out showed that only 33 touchpoints played a central role for the customer. On the basis of these findings, the prioritized touchpoints could be optimally designed. At the same time, the number of managed touchpoints was reduced and the budget allocated for maximum impact. What’s more, knowing which touchpoints are really relevant for customers strengthens customer focus across all parts of the company. It is easier to link and coordinate target groups, touchpoints and contents. Together, this logically leads to higher marketing implementation quality and performance. 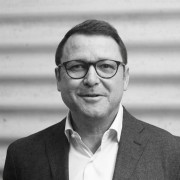 Christoph Spengler’s core competencies include management, marketing, sales and corporate development. He worked for fifteen years in various sectors of the consumer goods, retail and financial services industries, during which time he gained comprehensive experience with international corporations. Christoph Spengler began his career in classical consumer goods marketing. He spent his first eight years with Unilever Switzerland, where he was Business Unit Director and member of management with responsibility for the whole of the drinks sector in Switzerland. He then moved to McDonald´s, where he was a member of management for four years as Head of the marketing department. His profound knowledge of corporate development is based on his time as a director at PricewaterhouseCoopers. His activities also included management of various international projects in the areas of finance and industry.

This website uses cookies to improve your experience while you navigate through the website. Out of these, the cookies that are categorized as necessary are stored on your browser as they are essential for the working of basic functionalities of the website. We also use third-party cookies that help us analyze and understand how you use this website. These cookies will be stored in your browser only with your consent. You also have the option to opt-out of these cookies. But opting out of some of these cookies may affect your browsing experience.
Necessary Always Enabled
Necessary cookies are absolutely essential for the website to function properly. This category only includes cookies that ensures basic functionalities and security features of the website. These cookies do not store any personal information.
Non-necessary
Any cookies that may not be particularly necessary for the website to function and is used specifically to collect user personal data via analytics, ads, other embedded contents are termed as non-necessary cookies. It is mandatory to procure user consent prior to running these cookies on your website.
SAVE & ACCEPT